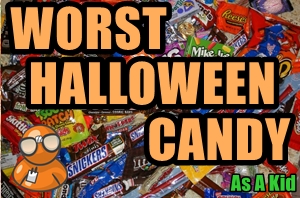 With Halloween fast upon us, it’s hard not to reflect back to simpler times.

Back when you would roam the streets with a pillow case full of candy.
(Yes… we used pillow cases back then.)

You would return home after a long day of trick-or-treating, dump your booty onto the table, and examine your spoils. Some Snickers, Kit-Kat, Swedish Fish, and maybe even a Reeses Peanut-Butter Cup or two… if you’re lucky.

During this ritualistic process, you would break the candy into two piles…

The Good candy and the Bad candy.

You know what I’m talking about.

Now, as an adult, I would totally eat most of what I used to consider ‘bad’ candy. But back then, there was definitely two distinct piles.

Here’s a few of the candies I hated getting on Halloween.

Candy Peanuts:
Listen, maybe they are good, I just wouldn’t know because you dumped them into my bag unwrapped. No way I’m eating that. 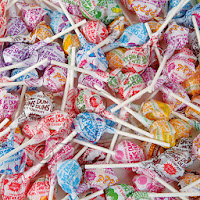 Dum-Dum Pops:
I love lollipops, but Dum-Dums were meh at best. Get me a Tootsie Roll pop or even better – a Blow Pop! Dum Dums were small, no treat sat at the center, and always half unwrapped for some reason. 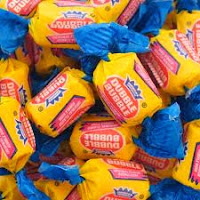 This Bubble Gum:
First off, it was always rock hard… teeth shattering hard. Second, it was the same flavor as the gum that came in packs of baseball cards – and nobody ate that!

Mary Jane Candy:
These are one of those candies I hated as a kid, but enjoy now. They used to creep me out. Bent up, half-opened candy that looked like it was around when Lincoln was President.

Raisins:
Do I even have to explain?

I would eat the yellow and orange ones, then toss the rest.

Popcorn:
Small plastic bags of  home popped popcorn… seems sinister to any child. I just assumed it was poisoned.

This Mint Candy:
I could get these anytime I wanted… at my great-grandmas house, which also fits the description of who usually handed these out. 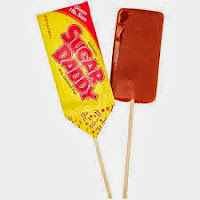 Sugar Daddy’s:
Another one of those candies I would have no problem eating now, but for some reason hated as a kid. To me it was basically a Mary-Jane on a stick.

Pennies:
I didn’t mind getting money, I would add it to my Garbage Pail Kid fund, but I didn’t want something I could easily find digging through my couch.

Obviously this post is tongue-in-cheek. Free candy is free candy, It was just fun to reflect back to a time when things like crummy candy was such a big deal. 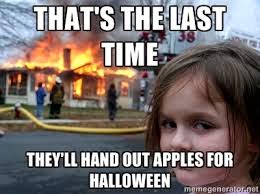 Gravity Experiment (On The Moon) -(Tig)

15 thoughts on “Worst Halloween Candy (According To Tig)”