Back when History Channel used to have shows about… history, I would watch  24/7.
There wasn’t a better channel on television showcasing so much… history. 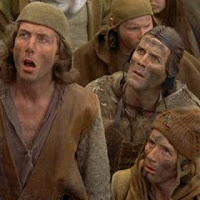 Documentaries on World War 2,  the building of The Pyramids, unlocking the secrets of the Aztecs – all great! But, the documentaries that fascinated me most were the ones about common folk. How someone like me would have lived and survived in the past.


Experts with wild uncombed hair would spin tales of how the ‘every day human’ lived thousands of years ago.

I would sit back and listen to Professor  ‘Whose-E-What’ from Cambridge with a doctorate in ‘blah blah blah’ talk about the harsh living conditions of the common man of Rome. Or the hell it was to be a peasant in Egypt. Or how horrible it was to be a normal everyday shmuck living in Medieval Times.

(Not to be confused with the place near Giant Stadium where you must eat chicken with your hands. And YES! It’s still Giant stadium – no matter what those Jet fans try to tell you. Stop. Just… stop.)

Eventually, I began to question these professionals. Could it have been that bad for the common man?  As far as THEY were concerned – if you weren’t a king, a ruler, or whatever other ‘god like’ human of the time – you were basically worthless?

I realized these wild haired experts spent too much time in the desert sun. They completely lost touch with reality. How could these civilizations have survived if the entire population was in a constant state of misery? People revolt, it’s been going on since the beginning of recorded history. I call foul.

From what I can tell – you could drop the everyday man or woman smack in the middle of Rome and – other than the language barrier – would fit in quite well. They weren’t mindless idiot robots. They were just like you and me.
They went to sporting events on weekends. (Sure the sport was feeding people to the lions…)  Worked on weekdays. Got together for holidays with family. Hung with friends. Drank. Swam together in public pools. Wrote graffiti on walls.
Not bad if you ask me.

I began to fantasize about traveling into the future, 2 or 3 thousand years ahead of now, to watch the “experts of human history” dig up OUR civilization.  I would giggle as they tried to explain how it was to be a “common man” in America.
I can see it now…
((Fade Scooby Doo wavy screen thing))
Wild Haired Future Archeologist: 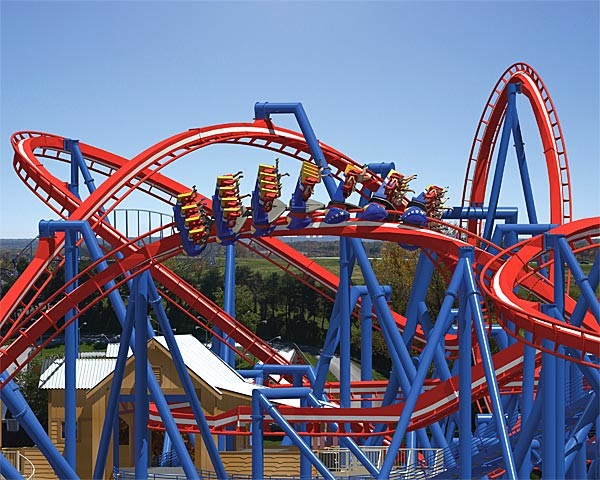 “What we have uncovered was clearly used as some sort of torture device. The great warring Americans would capture their enemies, strap them to these seats, then men dressed in uniforms would send these poor souls off at high speeds, down a metal track – twisting and turning through these massive loops.”

“Some prisoners would be forced to ride for hours – sometimes being driven to the point of throwing ones arms into the air and screaming in fear (as shown in these crude signs we discovered all around the site). They would call these torture devices by scary names  – Medusa – Lightning Loops – and Rolling Thunder. 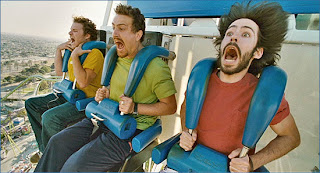 “Peasants would be forced to watch in hopes of keeping them in line. A truly barbaric example of how uncivilized these people were in the past.”

The Map of Zombies

3 thoughts on “Why I Question Historians – A Satire -(Tig)”