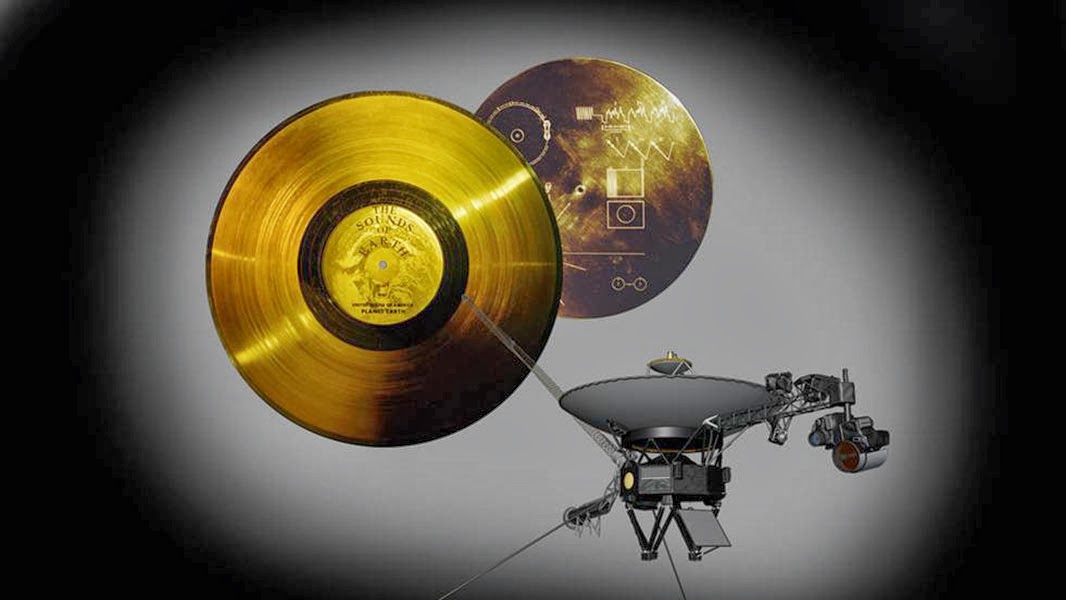 40,000 years from now a race of aliens try to decipher the code of a golden record they found drifting through space.
That’s the exact scenario scientists had in mind when they decided to attach a Golden Record to both Voyager 1 and 2 back in 1977.
The records contain sounds and images selected to portray the diversity of life and culture on Earth. 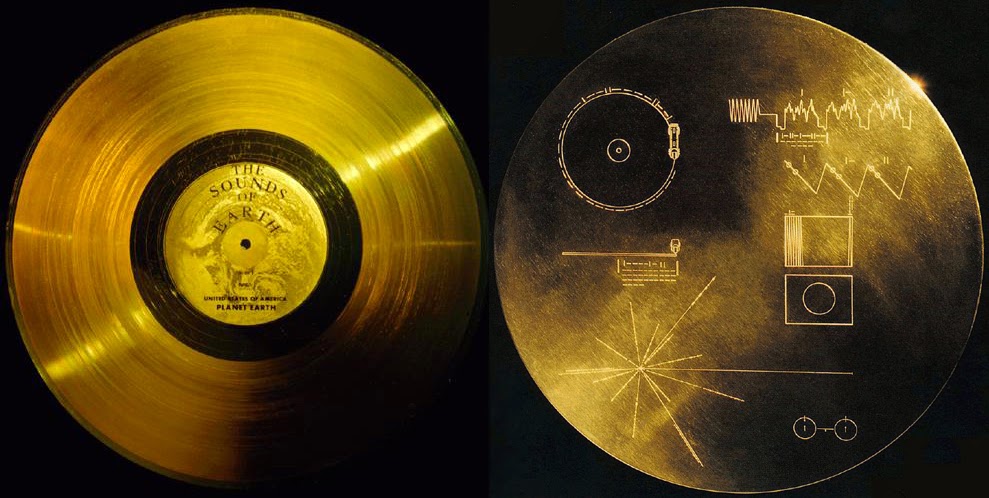 As the probes are extremely small compared to the vastness of interstellar space, the probability of a space-faring civilization encountering them is quite small. And if they are ever found by an alien species, it will most likely be far in the future as the nearest star on Voyager 1′s trajectory will only be reached in 40,000 years. But there’s always a chance! 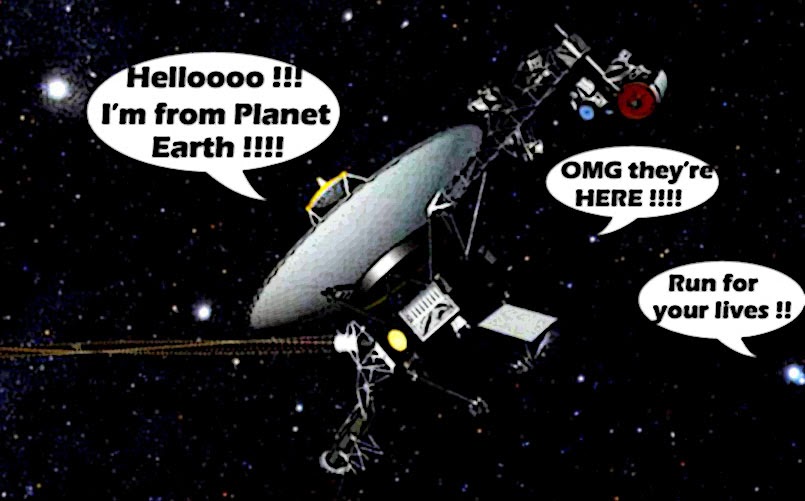 Voyager 1 & Voyager 2’s original missions were to explore and take pictures of the giants of our solar system, Jupiter, Saturn, plus all of their moons. There was also a hope that if the probe’s instruments continued to operate, the probes could do the same with Uranus and Neptune. 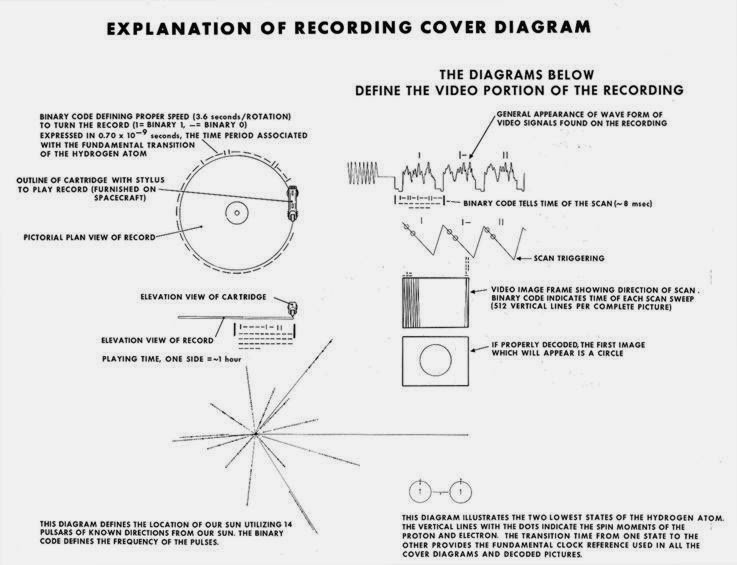 The probes were built to last five years, but there was considerable optimism, that has since proved founded, that they would last many years more. 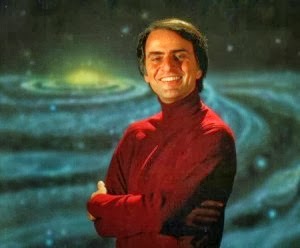 There was also a possible additional mission- if all went as planned and they were able to carry it out, they would be the first Earth crafts to leave our solar system and become interstellar travelers. This is what NASA wanted Dr. Sagan for. In less than nine months, NASA wanted Dr. Sagan to compile a team and devise a message in case of contact with an extraterrestrial civilization outside of our solar system, a message that needed to convey what life was like on Earth and be relatively easily understood by those who receive it.
That’s where the records come in.

The contents of the Voyager Golden Record is a collection of 116 images and a variety of natural sounds such as those made by surf, wind, and thunder, and animal sounds, including the songs of birds and whales. To this they added musical selections from different cultures and eras, spoken greetings in fifty-nine languages.

Below are some of the images contained in the record.

» “Johnny B. Goode,” written and performed by Chuck Berry

» Peru, panpipes and drum, collected by Casa de la Cultura, Lima
» “Melancholy Blues,” performed by Louis Armstrong and his Hot Seven
» Azerbaijan S.S.R., bagpipes, recorded by Radio Moscow.
» Bulgaria, “Izlel je Delyo Hagdutin,” sung by Valya Balkanska.
» China, ch’in, “Flowing Streams,” performed by Kuan P’ing-hu. 7:37
» India, raga, “Jaat Kahan Ho,” sung by Surshri Kesar Bai Kerkar. 3:30
BONUS FACT:
In order to allow the ‘recipients’ to view certain images in color, three consecutive images were used in these cases, each representing red, green, and blue. In order for them to determine whether they are calibrating it correctly, a picture of our sun was included. Using the pulsar map to locate it, the aliens should be able to directly compare our sun’s exact color (which isn’t yellow by the way) with the image included.
DOUBLE BONUS:
The team was able to secure a rather valuable and heartfelt audio message for the probe from US President Jimmy Carter. The message said: “This is a present from a small distant world, a token of our sounds, our science, our images, our music, our thoughts, and our feelings. We are attempting to survive our time so we may live into yours. We hope someday, having solved the problems we face, to join a community of galactic civilizations. This record represents our hope and our determination, and our good will in a vast and awesome universe.”
Link: http://www.todayifoundout.com/index.php/2014/02/voyagers-golden-record/
Head Back To…