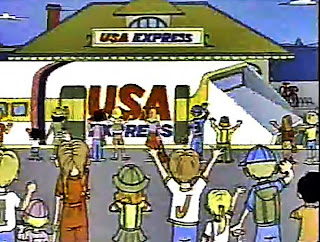 Cartoons were sort of a television rarity back when I was a kid.

We got them on Saturday morning, maybe early Sunday if we were lucky, and a few holidays.
Cartoons airing during the week, or at night, were unheard of.

Then, someone at the USA network had a brilliant idea. An idea way ahead of it’s time. 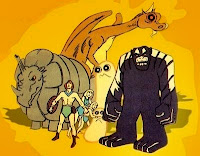 For those lucky enough to have cable, it was a rare opportunity to watch cartoons right after dinner, during a school night – Grape Ape, Hong Kong Phooey, Jabberjaw, and Captain Caveman to name a few. Oh, and that weird one with the rhino thing that fired fireballs and his buddy, the blob guy? What in the world was going on there? Was it the Herculoids? I guess I can just Google ‘blob with fire shooting dinosaur thing’. 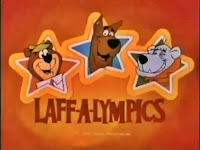 Then there was the Laff-O-Lympics, which I kept close score of.

The ‘Really Rottens’ managed to win twice. And once, if I remember correctly, all three teams managed to tie. I need to find my old trapper keeper to double check.

But what I remember most are the bumpers…
And this….

And then this little commercial for the show…

The Cartoon Express was the sole reason I asked my parents for Grape Ape footy pajamas. 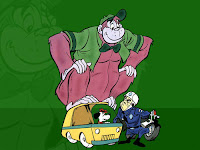 (Note: I’ve searched the entire internet for these things… I swear I owned them.)
USA Cartoon Express lasted from 1982 – 1996. That’s impressive. And even though it may have been a dumping ground for outdated and mostly mindless cartoons, it helped fill that six day void we were forced to endure. 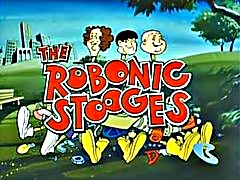 A void I was more than happy to fill with such classics as ‘The Robotic Stooges’.
Tweet
Tagged: 1677 absolute drivel grape ape herculoids laff olympics nerd out with me nerd out with me blog ramblings of a nerd the robonic stooges Uncategorized usa cartoon express