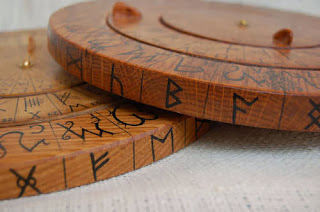 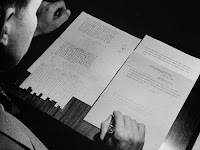 Nestled in the archives at the Massachusetts Institute of Technology is a metre-tall container made of lead. Its specific contents are a mystery to be revealed only when an accompanying encrypted message is solved. Only one man has the solution: Ron Rivest, co-inventor of the RSA algorithm, one of the most ubiquitous methods for encrypting online communications.

To celebrate his lab’s 35th anniversary in 1999, Rivest devised a “time-lock” puzzle inspired by his algorithm. Only when the solution is revealed may the lead bag be opened. He estimated it would take 35 years to solve – unless somebody could find a shortcut.

Rivest’s coded message is hidden in 616 numbers. The method of encryption differs from an alphabet-based code, in which each letter matches another. It involves converting numbers into their binary form.

Honestly, this one made my eyes bleed.  It’s way past my comprehension. But, maybe you can give it a shot.
KRYPTOS
Central Intelligence Agency (CIA) in Langley, Virginia
Link: http://elonka.com/kryptos/transcript.html 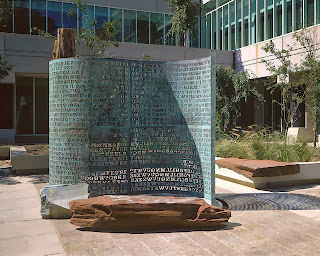 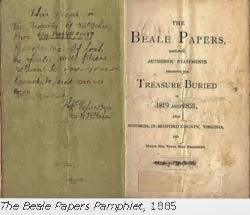 This most mysterious and intriguing legend goes back to an adventurer, Thomas J. Beale, who stumbled on a large cache of gold and silver in New Mexico in the 1800s.

It was too dangerous regionally, and too large an amount of silver and gold to keep amongst his camps and his partners, so the bounty was transported east, some of the gold being traded for jewels along the way, as the weight of the metal was a great burden.

Thomas Beale left in the possession of an inkeeper in Virginia, Robert Morriss, who he had struck up a friendship and who he trusted, a strongbox, advising him that if he himself did not return, to open the box at the end of the duration of ten years. Morriss instead waited quite a bit longer than this and when he eventually did open the box, he found therein a letter and some numbered pages, presumably some sort of cipher or code. Morriss was unable to understand the meaning of these pages.

In later years, a man named James B. Ward was able to decipher one page of the coded messages and it read in part: 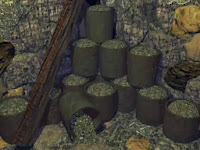 “I have deposited in the county of Bedford about four miles from Buford’s in an excavation or vault six feet below the surface of the ground the following articles… The first deposit consisted of 1,014 pounds of gold and 3,812 pounds of silver, deposited November 1819. The second was made Dec. 1821 and consisted of 1,907 pounds of gold and 1,288 of silver; also jewels obtained in St. Louis in exchange to save transportation and valued at $13,000….”

There have been many exhaustive searches for the treasure, and much effort spent on decoding the other messages, without (confirmed) success. There are many claimed solutions, usually in combination with a book that someone is trying to sell, but no one has been able to duplicate the same decryption method used to decode the first.

Can you decipher the last two… and find the famous lost treaure?

(If you do, you totally have to share some with me, since I told you about it and all. Well, maybe just a few bucks. Like two dollars and a box of envelopes?) 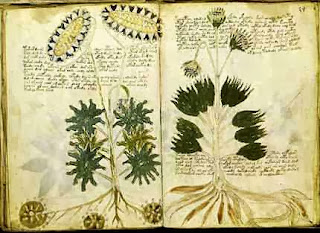 The Voynich manuscript is an illustrated codex hand-written in an unknown writing system. The book has been carbon-dated to the early 15th century (1404–1438), and may have been composed in Northern Italy during the Italian Renaissance.

The manuscript is named after Wilfrid Voynich, a book dealer who purchased it in 1912.

The pages of the codex are vellum. Some of the pages are missing, but about 240 remain. The text is written from left to right, and most of the pages have illustrations or diagrams. Many people have speculated that the writing might be nonsense. However, in 2013, Marcelo Montemurro of the University of Manchester and Damian Zanette of the Bariloche Atomic Centre published a paper documenting their identification of a semantic pattern in the writing; 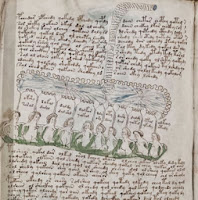 The mystery of the meaning and origin of the manuscript has excited the popular imagination, making the manuscript the subject of novels and speculation. None of the many hypotheses proposed over the last hundred years has yet been independently verified.

Good luck. We’re all counting on you.

One thought on “The Most Unbreakable Codes Of Our Time”