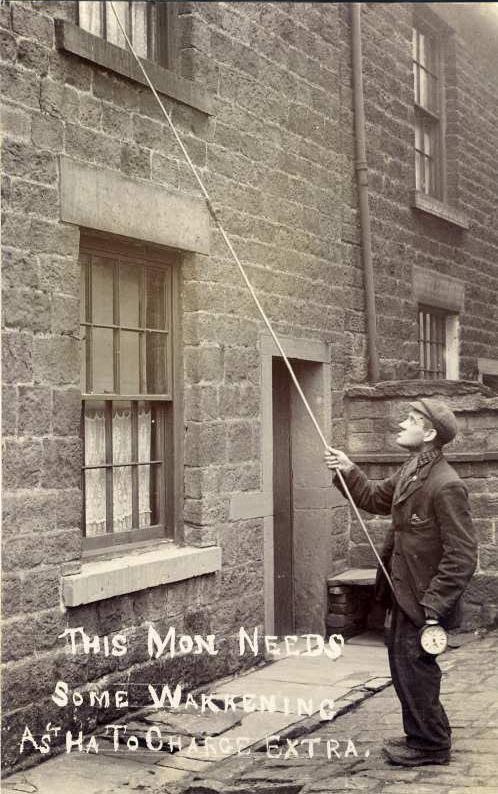 I’d often wondered how people got up for work on time before the invention of  the alarm clock. Then I found out about Knocker-Uppers.
A Knocker-Upper  (Or Knocker-Up) was a profession in England and Ireland that started during and lasted well into the Industrial Revolution and at least as late as the 1930s, before alarm clocks were affordable or reliable. A knocker-up’s job was to rouse sleeping people so they could get to work on time. 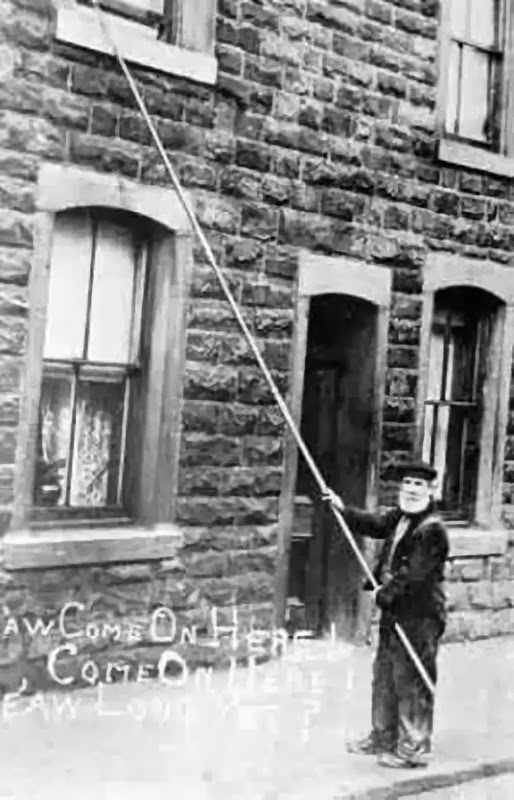 The knocker-up used a truncheon or short, heavy stick to knock on the clients’ doors or a long and light stick, often made of bamboo, to reach windows on higher floors. At least one of them used a pea-shooter. In return, the knocker-up would be paid a few pence a week. The knocker-up would not leave a client’s window until they were sure that the client had been awoken.
A knocker upper would also use a ‘snuffer outer’ as a tool to rouse the sleeping. This implement was used to put out gas lamps which were lit at dusk and then needed to be extinguished at dawn. 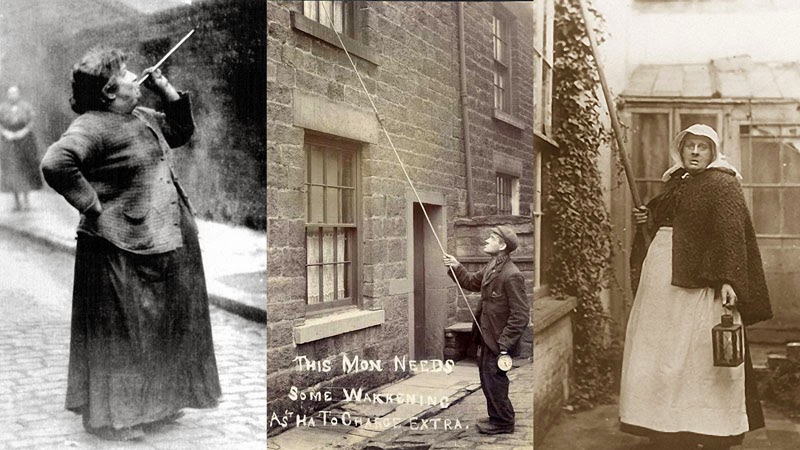 There were large numbers of people carrying out the job, especially in larger industrial towns such as Manchester. Generally the job was carried out by elderly men and women but sometimes police constables supplemented their pay by performing the task during early morning patrols.

Great Expectations, by Charles Dickens, includes a brief description of a knocker-up. Hindle Wakes a play written by Stanley Houghton and then a movie (of the same title) directed by Maurice Elvey, includes a knocker-up.

A ‘knocker-upper’ appears at the very beginning of the musical, ‘The Wind Road Boys’, by Paul Flynn. He walks along a group of children who are all holding slates with a number chalked upon them. The number on the slates denotes at what hour the householder wished to be woken in the morning and he calls and raps on the windows with his stick accordingly.