Loading
Skip to content
I’ve written about the couple of times Niagara Falls had frozen over, but how about this… 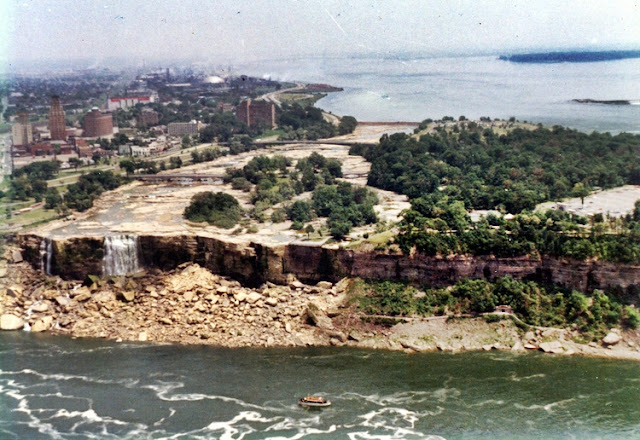 Yeppers, that’s the American side of Niagara Falls, all dried up!  Here’s a pic for comparison. 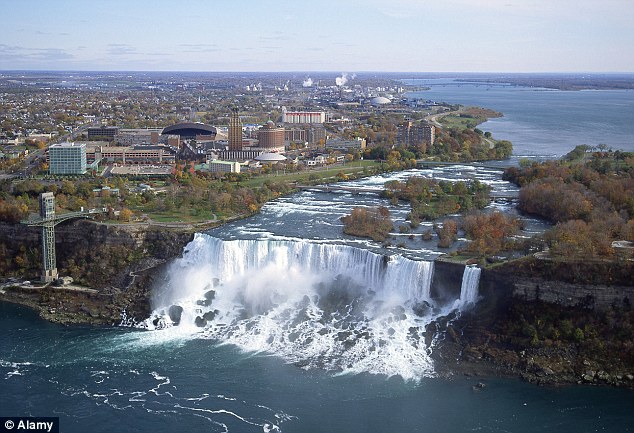 It happened in 1969.
“The flow over the American Falls was stopped completely for several months in 1969. The idea was to determine the feasibility of removing the large amount of loose rock from the base of the falls to enhance it’s appearance. In the end the final decision was that the expense would be too great.” – Mark Sumners
Though it seemed shutting down the falls was a bit of a waste of time, the the U.S. Army Corp of Engineers did get to study the riverbed and mechanically bolt and strengthen a number of faults to delay the gradual erosion of the American Falls.

And, it sure created a spectacular view! 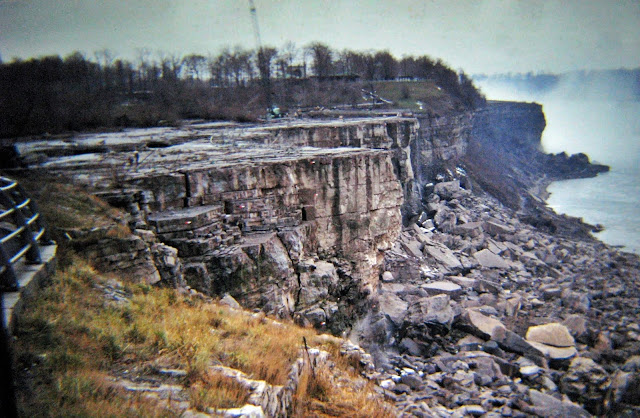 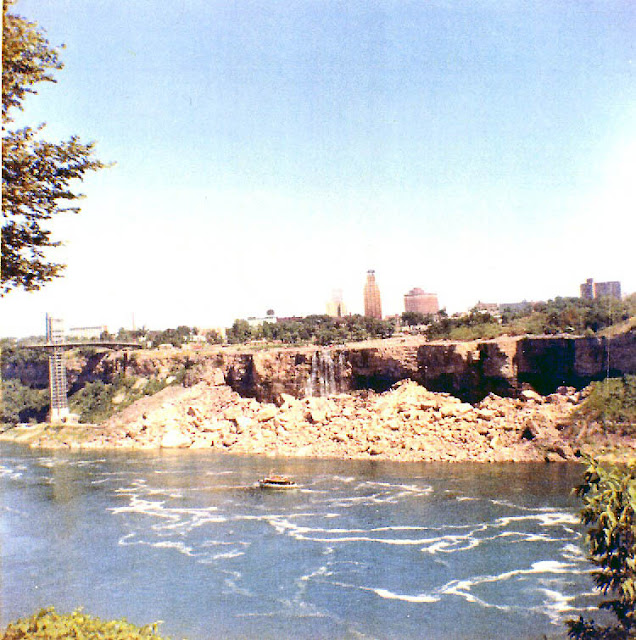 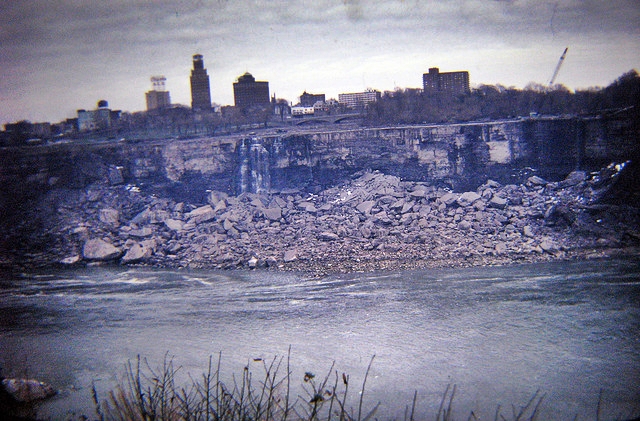 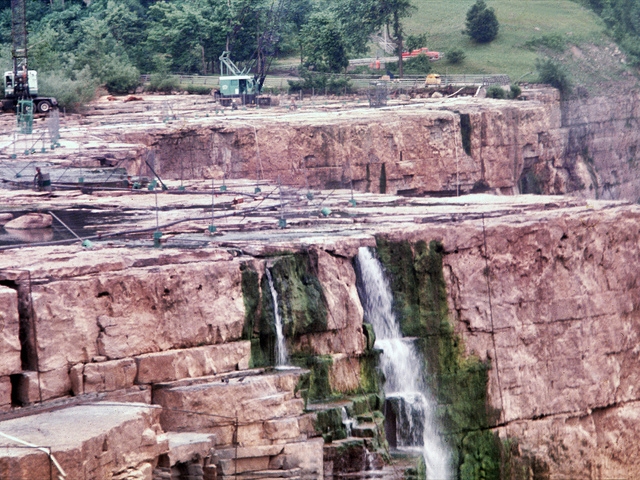 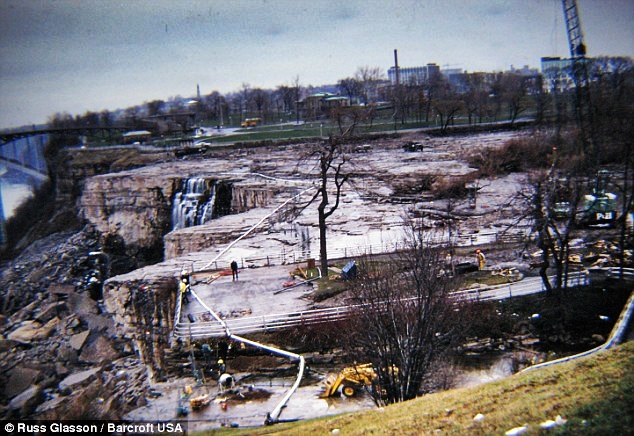 After lying unseen for more than four decades, these sets of images showing the eerie calm at the American Falls had been unearthed by a man from Connecticut.
Russ Glasson recently stumbled across these pictures, which were taken by his in-laws, and had been left in an old shoebox in their garage for over four decades.

And.. someone even captured a bit of video…

In the end, The U.S. Army Corp of Engineers blew up the temporary dam in November 1969 and six million cubic feet of water once again thundered over the falls’ sides every minute.
Bonus Fact: On March 30, 1848 – an ice dam formed down stream causing the falls to stop as well.
http://www.wired.com/thisdayintech/2010/03/0330niagara-falls-stops/
Research Links:
http://www.cosmosmagazine.com/blog/the-day-niagara-falls-dried/
http://www.dailymail.co.uk/news/article-1338793/Niagara-Falls-ran-dry-Photos-moment-iconic-waterfall-came-standstilll.html
Head Back To…

4 thoughts on “The Day Niagara Falls Dried Up.”