Loading
Skip to content
Back when America had ‘Space Fever’ many believed we would soon be living in space floating colonies. These massive “space communities” would house 10,000 of our fellow citizens as they drifted in perpetual free fall around mother Earth. 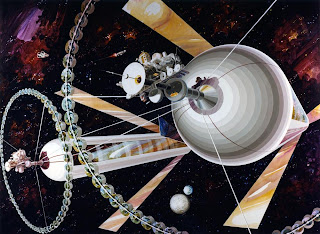 “NASA’s Ames Research Center conducted three space colony studies, when man was fresh off the moon landing and colonization of space seemed imminent. As part of the project, artists were asked to render the studies’ findings in dazzling color and detail. Together, these images evoke a unique sense of time and place with stunning precision, leaving the viewer with a bizarre feeling that is simultaneously retro and futuristic.” 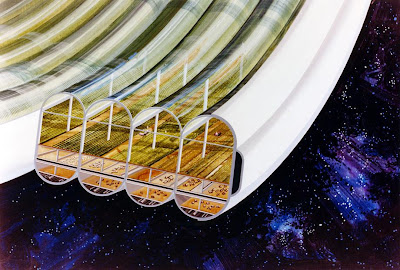 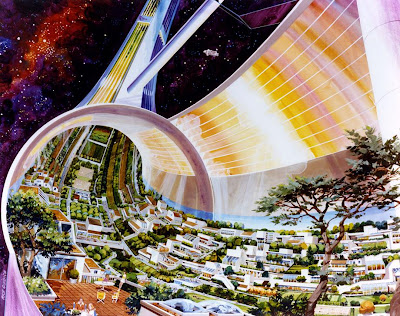 Living in the Suburbs 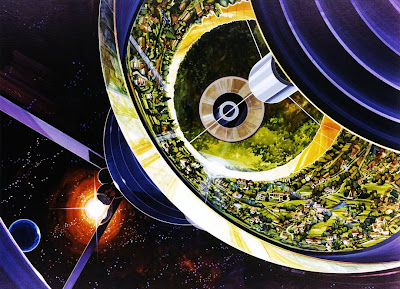 The centrifugal force created by the rotation would have an effect indistinguishable from gravity. 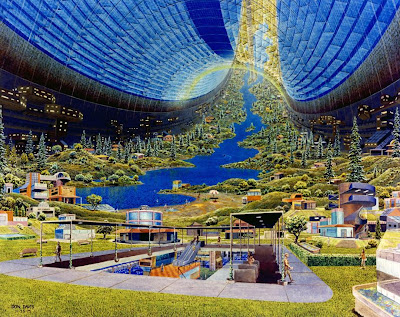 According to Phil Plait, Bad Astronomy/Slate, “these space stations, or O’Neill colonies, “were a big deal” back in the late ’60s and early ’70s. But our very own and very real International Space Station doesn’t resemble these, with its straight angles and rectilinear solar panels.”
“Turns out it was because we haven’t actually tried to make space colonies like this.

One of the reasons the ISS looks so different from these funky illustrations is that they have different purposes,” says Plait,

“The ISS was purposefully designed minus-gravity to study the effects of weightlessness itself, not to provide a space home for future generations.”
“That is not the only reason, though. The engineering required to spin something in space is difficult and takes a lot of know-how,  and no matter how small, any spinning station would be very expensive. And they actually have to be big or else the Coriolis force —the same thing that makes hurricanes spin on our rotating planet— would make life hard,” Plait says, “Liquid pouring from a container would flow a bit to the side, and just standing up could make you dizzy.”
“If we’re talking about long-term living in space, complete with sustainable food crops, small forests, and modest bodies of water, then these designs might still be oddly on point and beyond their time.” 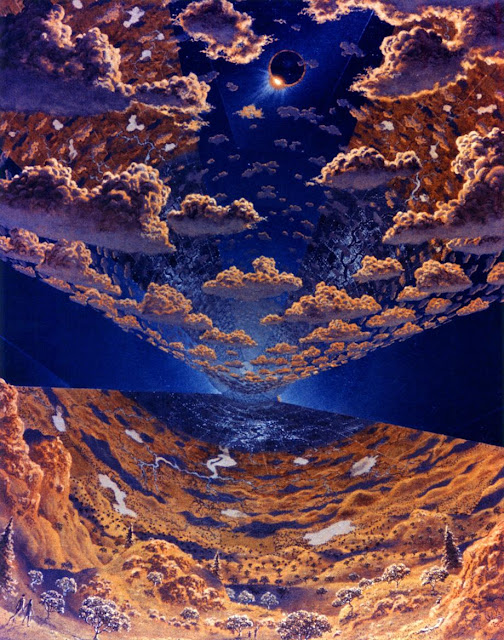 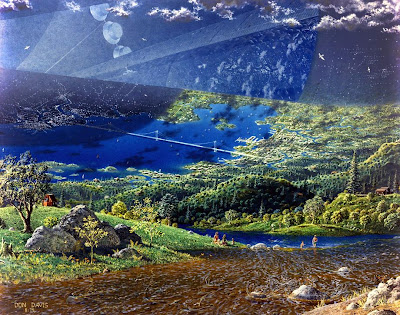 Source for this here blog.
http://www.slate.com/blogs/behold/2012/12/07/nasa_s_ames_research_center_space_colony_images_from_the_1970s.html

The Game of SMOKE

Popeye’s Village is Still Around !