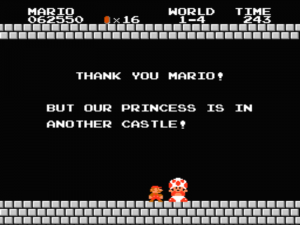 Oh, how I miss old school video games.  It was a simpler time…


Well maybe the graphics were simpler, but the games sure weren’t. Kids nowadays have no idea how hard most of these games were.

No seriously, they have no frakking clue how heart–wrenchingly hard they were to beat! 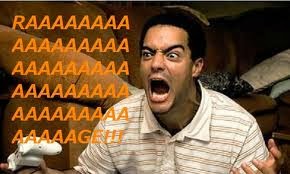 The irony, the best games were often great BECAUSE they challenged you. Though some took it to a whole new level – from challenging to “wanting to smash it with a hammer and burn the fragments in a shallow grave.”

That is why certain games are a Pet Peeve of mine. 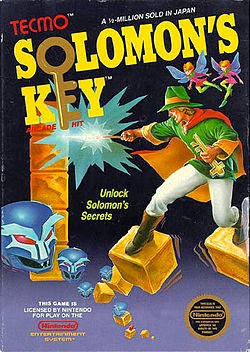 #5  Solomon’s Key (1987)
Generally recognized as one of the most difficult games to appear on the NES. The player, controlling a sorcerer known as Dana, must overcome unlimited enemy spawning, challenging level designs, a countdown timer, instant death from any physical contact with enemies, and limited ways to dispatch enemies. Yeah…

I absolutely loved/hated this game.

I played it for years, but eventually it drove me insane. One main reason for giving up on this game – it was easy to unintentionally make levels unwinnable. What a horrible concept!
You also couldn’t save. So, if all lives were lost on level 49, YOU WERE SCREWED. The game had to be restarted from the beginning. Yeah, let that sink in for a minute.
(However, a cheat code allowed the player to continue where the last life was lost, except when used past level 41, in which case you had to restart at level 41.)

I personally made it to level 45.

I recently discovered this game was downloadable on Nintendo Wii. Thinking an older me was somehow wiser and more gamer savvy, I decided to download it and give it another try.

Guess what level I made it to…
Level 45. 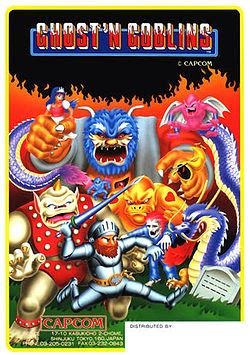 #4  Ghost ‘N Goblins (1986)
As much as Solomon’s Key frustrated me, at least I enjoyed playing it. Ghost ‘N Goblins on the other hand, not so much. This game still leaves a sour taste in my mouth.
I was the first on my block to beat Zelda, Kid Icarus, and Metroid (Things I still find an excuse to brag about – case and point), but this game, I never got past level 4. 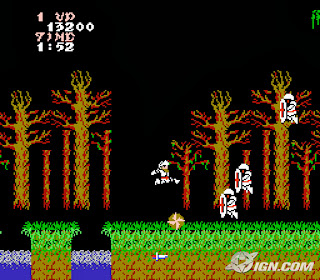 It was your typical side scrolling NES game. Nothing fancy. Nothing out of the ordinary. But man did it drive me crazy. The mechanics sucked. And the randomness of the enemies was infuriating.

This was another game I went back to years later. All those old feelings rushed back right from the get-go. Those horrible, frustrating, I’m seriously tempted to throw this TV out the frakking window.

I couldn’t get past level 2.
Well done, old man. 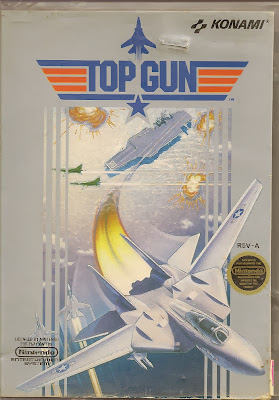 Anyone who played this game will most likely cringe or bwarf in their mouth reading those three words. It was the bane of this entire game.

You would waste all your time shooting down enemy aircraft, just to end the mission by crashing into the ocean over and over and over again. It drove me mad! 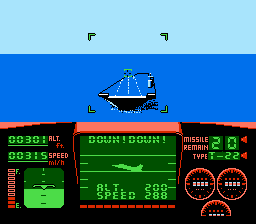 And let’s not go into the second mission, were you have to refuel.
For Frakk sake!

Level 2 –   that’s the farthest I ever got in this horrible game. I never tried it again, and I never will. 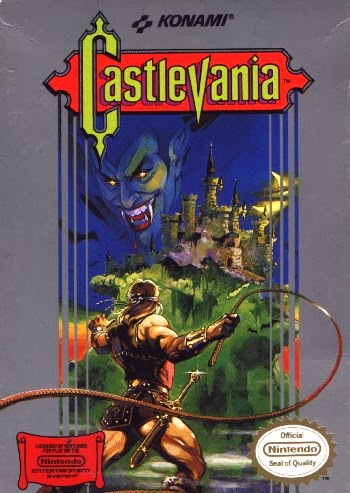 #2   Castlevania (1987)
I have friends who not only loved this game, but also had no problem beating it.

That last part is a total lie.

This was another game I had a long love/hate relationship with. It was visually amazing for its time. So many levels, so many colors. Frustratingly beautiful. 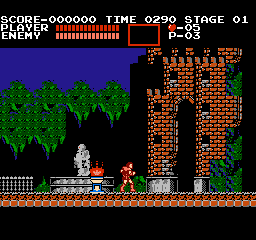 And like most games on NES, a good amount of Castlevania fell into the memorization category.

Things you had to remember to do, and NOT do.

For instance, you can’t beat the jumping monkeys (they were monkeys right?) by… jumping. You have to crouch, unless they jump low, then you have to sort of jump back. But don’t forget, you have to aim forward at the exact moment or you end up jumping straight up in the air. GAK!!

And getting hit by anything while jumping always threw you backward… most often into a giant hole – to your death.

Full health or not – fall and your dead. Done. Finito. Sez Bye Bye.

And don’t dare go into a boss battle half–strength or without the proper weapon. What are you nuts?!

I never got past The Grim Reaper. And it still haunts me to this very day. 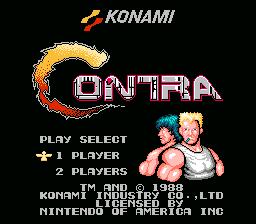 #1   Contra (1987)
I was helplessly addicted to this game. I was also not very good at it. What a terrible combo. Heck, who am I kidding, did anyone get anywhere close to the end of this game without cheating? 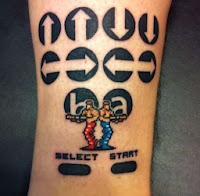 If it wasn’t for the now infamous cheat code, I’m pretty sure none of us were ever making it to the end of Contra on 3 lives. (I watched someone do it on Youtube… but I don’t believe it. You can’t make me!)

If you tried beating with the original 3 lives, you were in for a challenge that bordered on ludicrous – since a single hit, anywhere on your body, killed you. 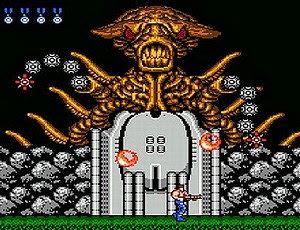 The Konami Code was already famous by the time Contra came out (it was used in the game Gradius two years earlier – another notoriously difficult game to beat) For the poor gamer who never heard about the code, it wasn’t if the game was going to get angrily punted across the room, but when.

I did beat this game, but it was done with a friend and using the code. So…

Eventually I discovered PC games like Kings Quest, Space Quest, and Leisure Suit Larry. RPG’s brought a whole new level of frustration. But, that’s a story for another time. 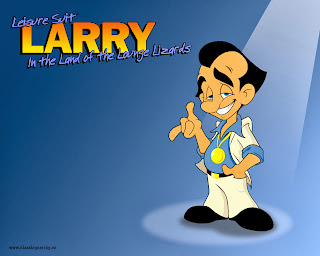 Now check out some more Pet Peeves from my fellow League friends:

The Chart of Cosmic Exploration

The Voice of our Earth -(Tig)