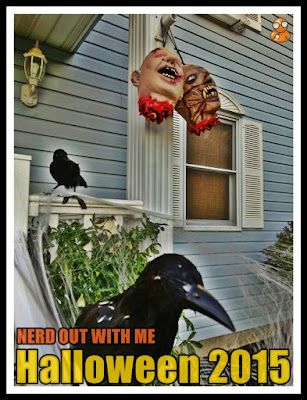 It’s That Time of Year Again!!!

The smell of moss and decay fill the air…
——-

HALLOWEEN is UPON US!!!

I usually procrastinate when it comes to decorating for holidays. But this year, I decided to get a jump on things.

HERE IS THE OVERALL VIEW:

I didn’t have much to start with.
I searched high and low for skeletons. Lots of places had them, but I was quite sure the monetary fine for digging up a corpse was less than what most stores were charging. 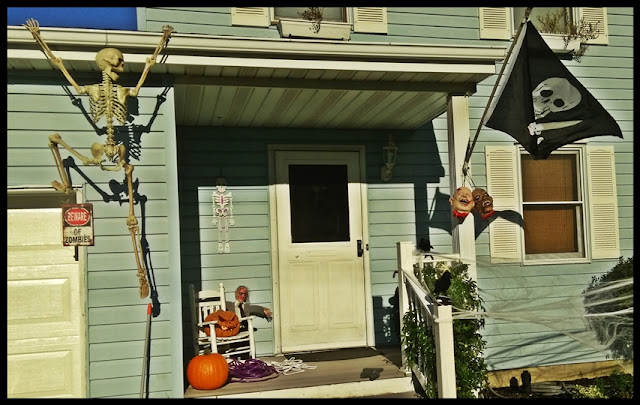 Originally, I wanted to have several skeletons scaling my house. I thought it would be cool to have a few helping each other up, maybe even using a ladder. But price, and the fact that I would probably have to drill holes into my roof and siding, grounded my fantasies.

One skeleton is better than none!
And the evening sun casts a pretty amazing shadow on the house. 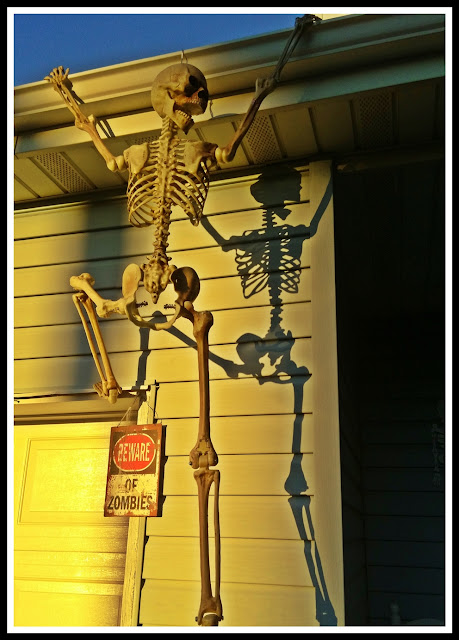 I threaded thin wire through the arms of the skeleton and around the gutter nails, to keep the old chap in place. Then, I screwed the foot (over the garage door) into the metal flashing. I know I probably shouldn’t have done that, but it just looked so much cooler than having both of his legs dangling. 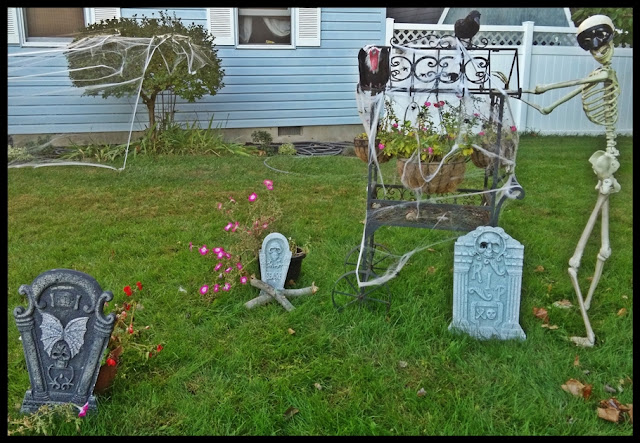 I was going to hang the other skeleton from the second-story window, but I thought the house needed a solid grave yard scene. 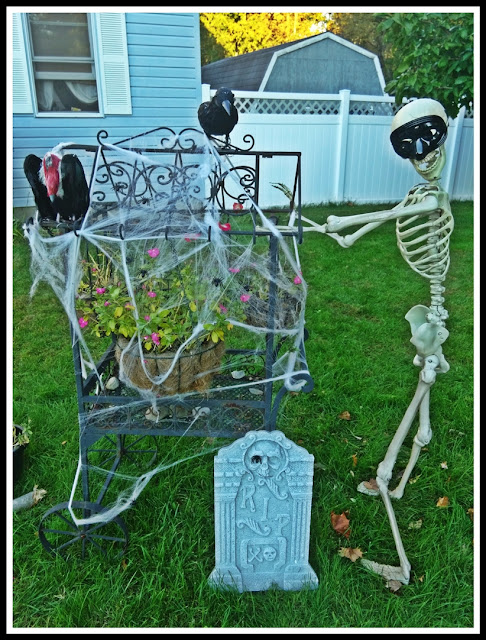 I purposely left the section of the grass uncut, in hopes of it growing longer than the rest over the next few weeks – giving it more of a ‘neglected graveyard’ feel.

Because they are made from foam board, the tombstones often blow away. So, I tied them to flower pots. 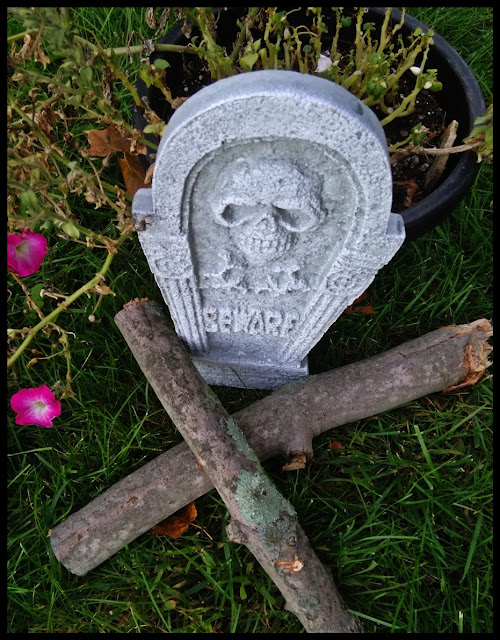 I tied the skeleton to the cart, but I’m still a bit weary about how well it will handle a solid storm. We shall see.

My kids found a smaller skeleton in the attic. I totally forgot we had him. So they built the little fella a swing, and tied him to a tree. Now, he swings in the breeze. 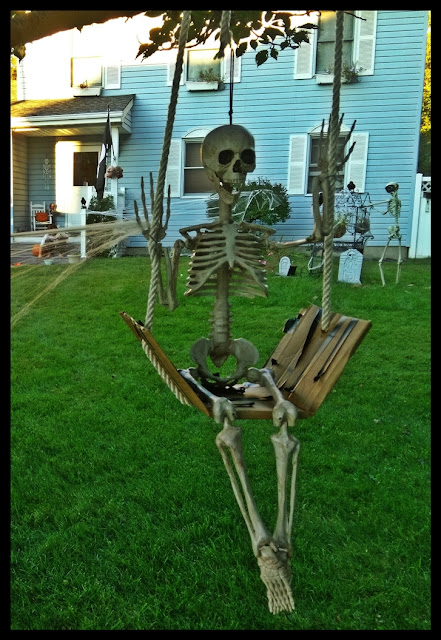 AS YOU APPROACH THE PORCH… 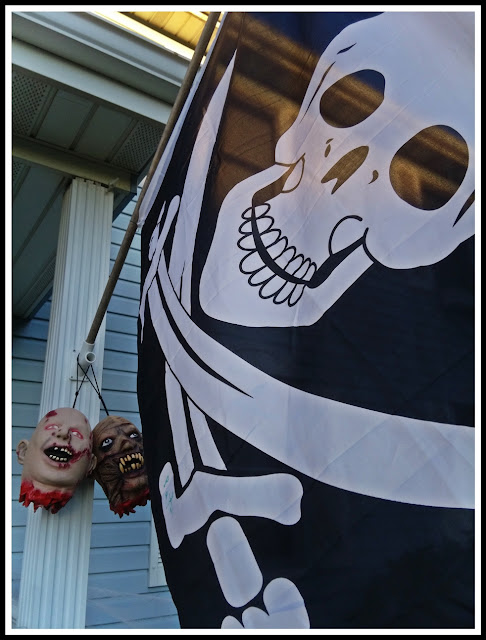 I wanted to tie the severed heads to one of the skeletons, but I felt it worked better with the pirate flag.

Now, it’s in a better place to scare
Trick-or-Treaters!

I’m a big fan of crows and ravens, so when I stumbled upon a bunch for cheap, I snagged what I could and scattered them throughout the yard. Now, I officially own my own murder! 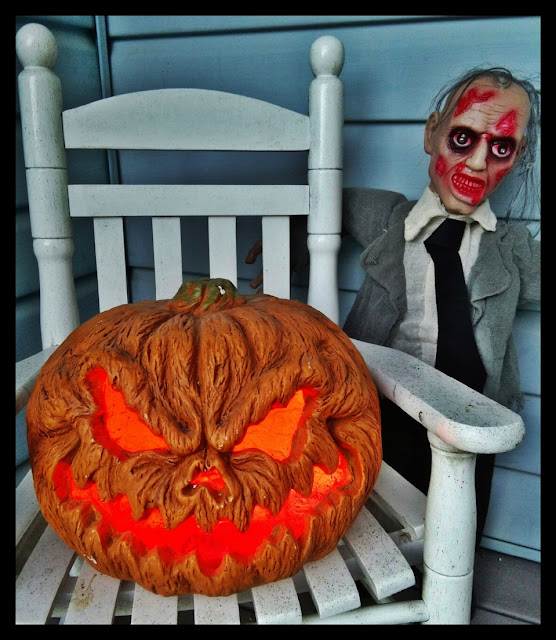 Every year I carve a pumpkin. And every year some animal
(I blame you mister chipmunk!) gnaws it down to a pulp. So, when I found this pumpkin at my local store, I had to grab it.

No more gnats.
No more rotting on a unseasonably hot day.
No more chipmunks!

I’m still going to carve a pumpkin… I can’t help myself. 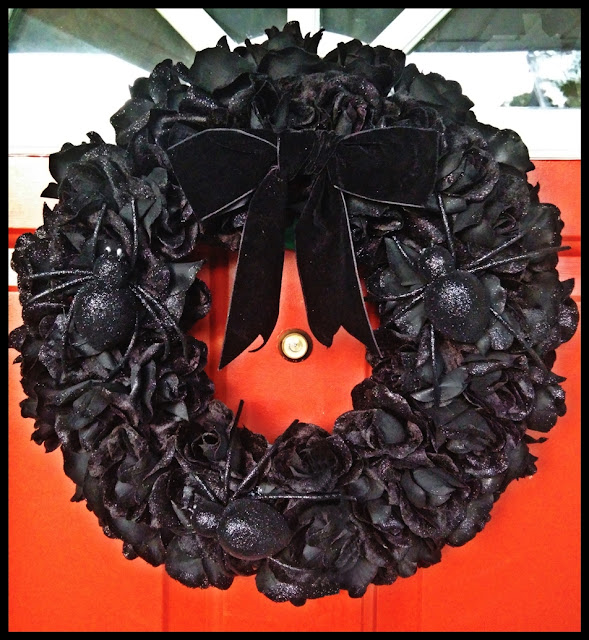 THIS!
This wreath is, by far, my favorite decoration. This pic does it no justice. I would leave it up all year round, if I could. Hmmm… maybe. 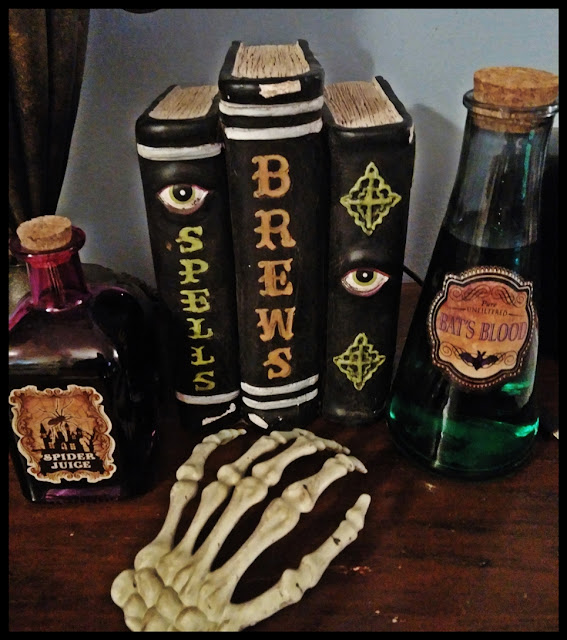 Inside, the house is sprinkled with little nick-knacks, but nothing in comparison to the outside. 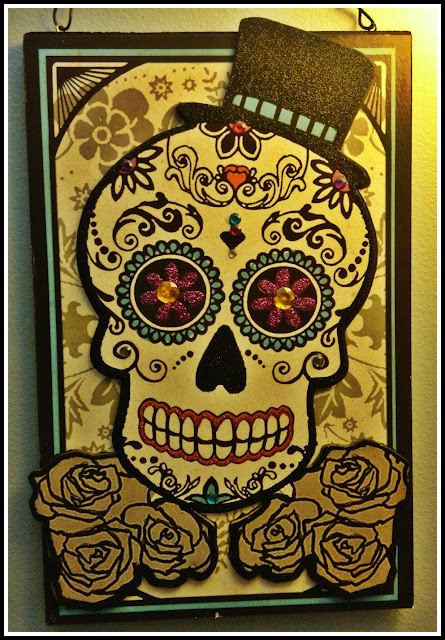 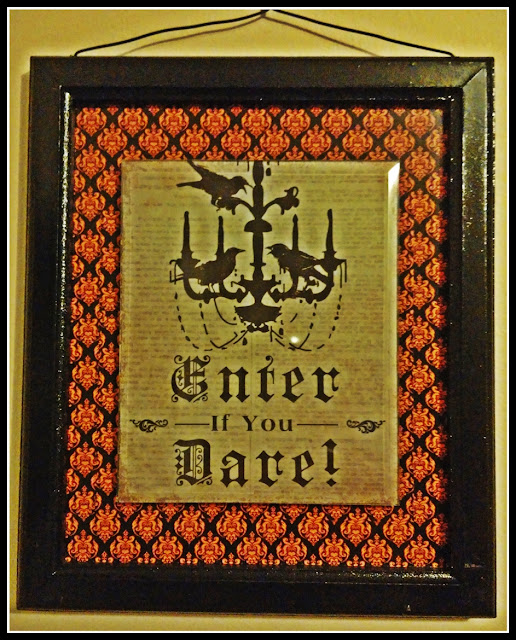 I plan on blasting ‘Disney’s Haunted House Soundtrack’ out my front window on Halloween. My mother used to do it, and it brings back fond memories.
It’s also pretty scary!

So, there you have it.
I’m officially ready for Halloween! 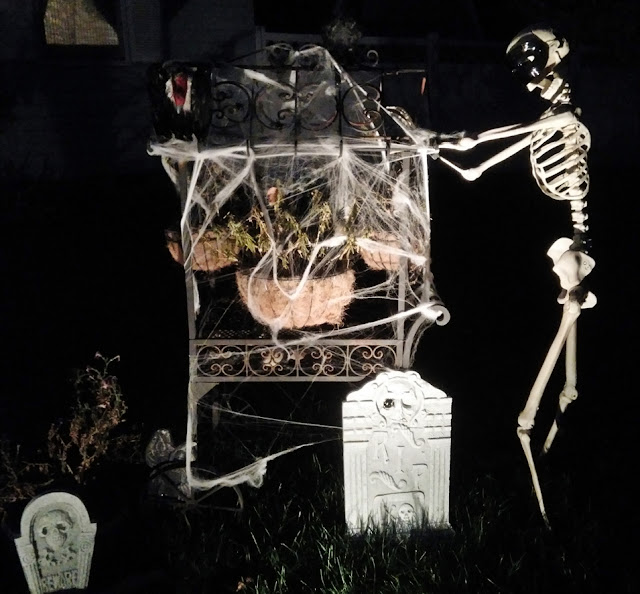 I hope everyone has a safe
and spooky HALLOWEEN!!!