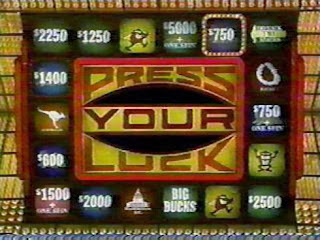 There was a time when game shows ruled day time television. 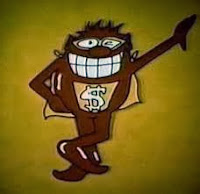 Once in a while someone would get lucky and win a bunch of money or a trip to beautiful tropical Tahiti. But sometimes a person would find a loop hole and make a mess of things – at least for the network.
Case and Point:
Michael Larson
Winnings: $110,237
Game Show: Press Your Luck (1984)

While lights flashed randomly on the big Press Your Luck board, Michael Larson somehow consistently stopped on squares that led to cash and additional play while avoiding the “whammy” that would bankrupt him.

The crowd roared and clapped. The host watched on in disbelief as Larson refused to pass his spins and continued to press his luck. On he went, past the point of sanity. 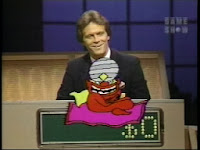 Most contestants stopped once they got anywhere near ten or fifteen thousand dollars, fearing a whammy… but not Larson. Ten thousand came and went. Twenty thousand… thirty…forty… on he went. The host became flustered, almost to the point of begging Larson to pass his spins. But Larson wouldn’t hear of it. 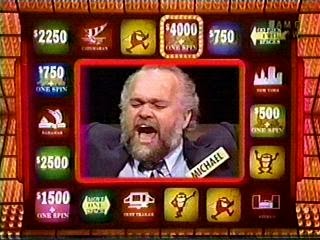 It turns out that the press your luck board wasn’t random after all. Studying the game at home, Larson discovered that it followed five recognizable patterns. After memorizing these patterns he could always be sure of landing on winning squares. Larson took whatever money he had, booked a trip to California, and found his way onto the game. It seemed luck was on his side that day.

After it was all over Larson was $110,237 thousand dollars richer.

Eventually CBS producers discovered the scheme, but could find no cause to disqualify Larson as he had broken no rules. They paid him his money, fixed the board, and established a maximum sum that future contestants could win.

You can watch it all below. It’s quite impressive.

If you enjoyed this – you may also enjoy…