League Topic: Back To School

Though I am way beyond the age of  “back to school jitters”, the memories still linger – Memories that mostly stick around through smell. That’s what I remember most, the smells of the first day of school.  Let me explain…

The Metal on Food Combo! 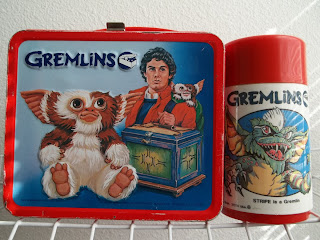 The whiff of peanut butter sandwiches, a metal lunchbox, and chilled milk in a plastic thermos – all mixed to create one distinct odor. Ah yes, nothing could match that strange combo. The plastic lunchboxes that appeared on the scene much later never quite lived up to the metallic scents. Dairy and metal just seem to mix better. And the metal lunchboxes had the image stamped into them, making it easier to catch food in the small indentations of the lid. The opposite side of Gizmo’s head would be packed with peanut butter and old tuna remnants. Ahh memories. Gross, sticky memories. 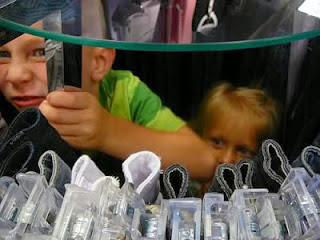 Brand New School Clothes!
And let us not forget he smell of freshly bought clothes. The clothes you had to go and get with your mom during the last lingering days of summer. You kicked and screamed and pouted the whole ride there, and hid in-between the clothes racks most of the time, waiting to be told to come out and try on the same pants, but in a different color. But in the end, it was always nice to wear a fresh pair of clothes.
Clothes that didn’t smell like pine-tree sap and dirt.

BRAND NEW BOOKS!
Remember the smell of a brand new school book? I enjoyed that smell the most. Cracking the thick spine for the first time and sniffing inside. Something about that. I wish they bottled that smell.
I would hang a “New History Book” air freshener in my car in a heartbeat. 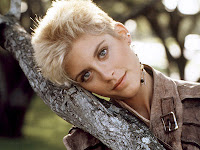 The first day was full of all these smells. But, it didn’t last much past the first few hours. Eventually reality set in. New classes. New seat arrangements. Who would you get stuck sitting next to? Would it be the booger-eater in the Cobra Kai T-shirt? Or maybe the pretty girl who cut off all her hair over the summer because she finally saw ‘The Legend of Billy Jean’.

Fair is Fair!
And how would your new teacher be? Tommy told Sue that Mrs. Pinkerton would make you stick gum on the end of your nose if she caught you chewing in class. And my older sister said Mr. Black curses like a sailor. 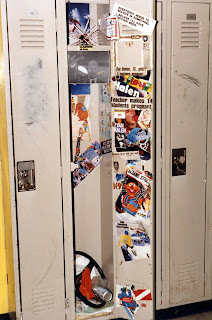 If you were older, it was the craziness of switching classes and worrying where your locker was located. That was a big deal. Locker placement determined not only how many books you would have to carry, but how much time you could spend talking to friends in the hall. Bad locker placement could really screw up a kids social life.
I had a friend whose locker placement was so bad, most people assumed he moved.
After a week or so, life would go back to normal for most of us. The fresh smells turned to the more familiar scents of everyday school life. Dirty lockers, smelly gym clothes, lingering wisps of Scratch & Sniff stickers, and paper bag book covers that you rushed to get on before you got detention for waiting till the last minute.

So to all those lucky kids who are heading back to school, I have this advice for you… Shut up and sit down!

Here’s more ‘Back To School’ incite from my fellow League Peeps:

Junk Fed
The Nerd Nook
The Crooked Ninja
AEIOU and Sometimes Why
Pop Rewind
Diary of a Dorkette
Tweet
Tagged: back to school the league the league of bloggers the league of extraordinary bloggers Uncategorized