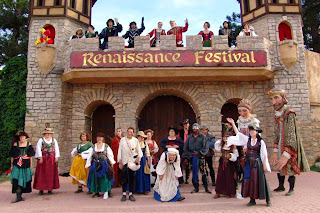 I love Medieval Times and Renaissance Faires. Yes, I’m a nerd… hence the name of my blog. But one thing I wished was a wee bit better was the fighting. What I wouldn’t give for some real, hard core sword fighting matches. But alas, such things could never exist in this day and age.
Then I found this.
Polish Knight Fighting. 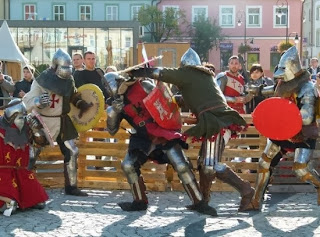 The Polish Knight Fighting League has medieval enthusiasts put on full body armor and do battle in one on one duels or team matches, using actual (although blunt) weapons like swords, axes and spears.

They can strike with their metal weapons and shields, or simply use punches, kicks or headbutts. Matches are judged on points, like fencing, where the knight with he most connected hits wins the game, or by knockdown, where the first man to touch the ground with more than a third of their body loses.

Sounds like a fun time, but judging by the promo video below, it can get pretty brutal. Apart from hitting an unarmored opponent and landing hits to the spine, neck and back of the knees, everything else is apparently permitted.

Can’t we make THIS a reality show? Please?
Back to…